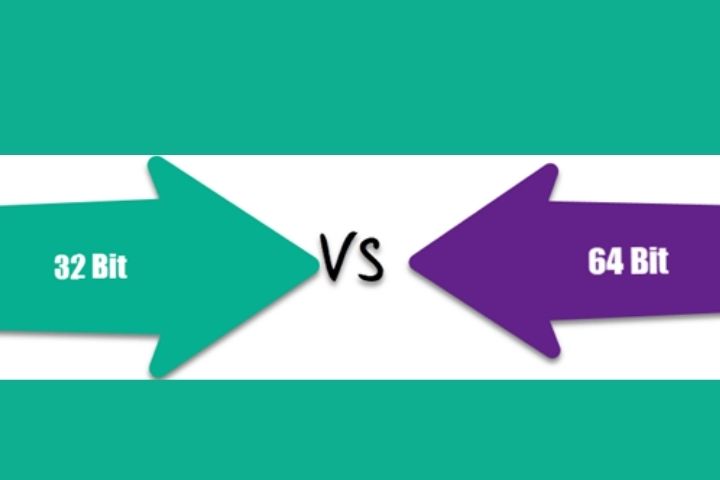 The processor (CPU) uses the “address” to access the main memory (RAM). Each byte of RAM has a different address. Therefore, a CPU that can understand 32-bit addresses can address up to 2^32 = 4G different bytes at a time. Therefore, an OS written for a 32-bit CPU can also allow processes to easily access up to 4G of memory. If the CPU supports it, you can use methods such as PAE to surpass this limit, but of course, it is not easy.

However, there are losses. Compared with 32-bit programs, the memory space occupied by each pointer or memory address stored by the running program is twice that of 64-bit programs. Therefore, if your program requires one-time use> 4G memory, please set it to 64-bit. If you only need a 64-bit program, set the OS and CPU to 64-bit. For others, 32-bit is smaller and faster.

Most people will tell you that a 64-bit OS can handle more memory and usually handle larger numbers. Although this is true, it is not an important part.

When people say “64-bit processor”, they usually mean a processor that implements the x86-64 instruction set. Compared with the previously used x86 instruction set, x86–64 has some powerful additional features (new commands that the processor can execute), which makes it possible to process more numbers (including larger memory addresses), and usually provide more Good performance. Of course, these advantages only appear when new features are used-x86–64 is still compatible with x86, which means you can also use the older instruction set.

This means you can write (technically compiled) software that uses only the x86 instruction set-then it can run on x86 and x86–64, or you can take advantage of these new features, and the software will be faster ( And may support processing more memory), but you will not be able to run it on older computers.

How Does a 64-Bit Processor Handle More RAM?

This computer system only supports binary counting. Can be 0 or 1. Each value is considered a “bit”. This means that for a 1-bit calculation, you will get two possible values, 2 bits means 4 values, and then at 3 bits, double it to 8 (2³).

This is a lot of bits, and the numbers indicate that a chip that supports higher-bit calculations may be more powerful. Far more than doubled. Therefore, it is clear that 64-bit processors can perform more calculations than 32-bit processors.

Difference Between 32-Bit And 64-Bit CPU

One thing to note is that unless the 3D graphics program is not at all and the game is a 64-bit program, it will not bring much benefit from switching to a 64-bit computer. For any program written for a 32-bit processor, a 32-bit processor can be used. As far as computer games are concerned, by upgrading the video card instead of using a 64-bit processor, you will get higher performance.