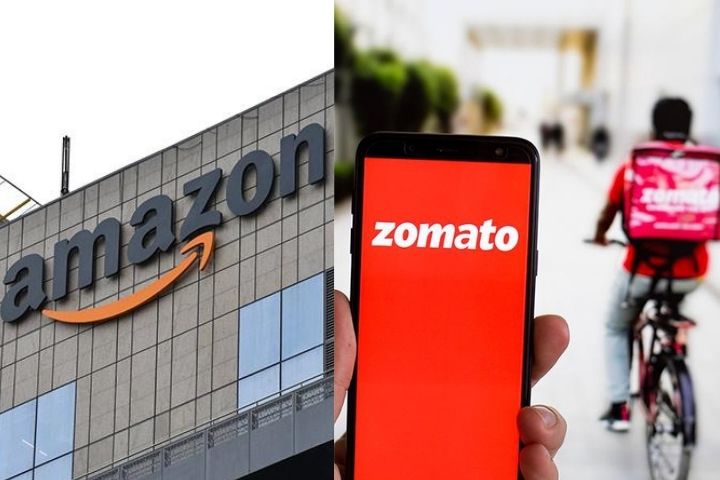 With the blessing of the “home economy” under the epidemic, Zomato, one of India’s largest food delivery companies, is finally ready to prepare for an IPO.

According to reports, Zomato will begin the IPO process in April at the earliest and will be listed on the Indian stock exchange before September. The company’s current valuation is about 5.4 billion U.S. dollars, and it is seeking to raise 650 million U.S. dollars at a valuation of 6-8 billion.

Initially, it appears that Zomato’s company’s operating conditions are suitable to start preparing for listing at this time.

For example, this 12-year-old company has raised more than 2 billion US dollars in total. Investors include Tiger Fund, Steadview Capital from Hong Kong, China, and Mirae Asset Venture Investment from South Korea.

Half of this capital injection occurred during the epidemic, which started when the epidemic reached India in March 2020 and Zomato’s business surged. “Resolutely guarantee safety and health, adequate supply of daily necessities, and strict control of festival activities” these requirements have brought Zomato gratifying results of “GMV reached 1.2 times that of the pre-epidemic period, and the weekly compound growth rate of orders is stable and considerable.”

In the fiscal year ending March 2020, the company’s revenue soared by 98%. Although the company’s loss further expanded by 160% to 24.5 billion rupees (about 336 million U.S. dollars), experts believe that the problem is not big.

“It is precise because the epidemic has helped the development of online services that people are more likely to forget the challenges faced by these companies. Most companies are burning money,” said Yugal Joshi, vice president of the Texas research institute Everest Group. “Many companies only focus on increasing revenue and ignore real net profit.

Although Zomato has not yet turned a profit, the takeaway is indeed a good business. If investors are willing to explore the story behind the Zomato report, they will definitely find the value of Zomato.

Zomato CEO Deepinder Goyal believes that the company’s valuation will reach $50 billion in five years. Some experts said that the company will become a “dark horse stock” whose share price has doubled many times.

According to GlobalData’s forecast, between 2019 and 2023, the compound annual growth rate of the Indian food delivery market will reach 12.4%.

Although there are more and more food delivery platforms in the world, the situation is still improving. For example, “Is the US version hungry” Doordash, after its listing in the US in December 2020, its current share price is 33% higher than the issue price.

In European and American countries, there are also many companies (such as the US fresh grocery delivery platform Instacart and the UK food delivery service platform Deliveroo) expecting to obtain financing during the rising period of the food delivery industry, and seek to go public in 2021.

At the same time, in India, there have been many IPOs since 2021, and investors still have a great appetite for these new companies that have just entered the stock market.

Last year, Indian companies raised more than 255 billion rupees (approximately US$3.483 billion) through IPOs, a year-on-year increase of 40%. Between January 1 and March 2 this year, nine Indian companies have broken records in one fell swoop, appearing on the market with a total of 1.46 billion US dollars in financing, which is also the peak of financing in the same period since 2008.

Zomato’s plus point is that its investors are already predecessors of the stock market.

Info Edge is a local Internet giant in India. As the earliest and largest investor in Zomato, Info Edge itself has been listed on the National Stock Exchange of India and the Bombay Stock Exchange more than ten years ago. As soon as the news that Zomato was going to go public, Info Edge’s share price soared.

As an investor, Info Edge will definitely benefit from Zomato’s growth, so helping Zomato prepare documents and check compliance must also be Info Edge’s “job”.

However, there is a competitor that may put these plans in a deadlock.

Experts warn that Amazon’s attempts in the field of food technology may pour cold water on Zomato IPO.

The wealthy giant Amazon has a complete logistics network. It only needs to use a lot of marketing and heavy discounts to bring severe challenges to Zomato and Swiggy.

Amazon landed on the Indian food delivery market at a time when both Zomato and Swiggy encountered massive resistance for charging restaurants as high as 20%-30% for service fees. When Amazon was piloting food delivery services in Bangalore (one of the cultural and economic centers of southern India) last year, people discovered that the service fee it charged from cooperative restaurants was only about 10%.

Jeffery Group wrote in an analyst report in March that because Amazon is very familiar with express logistics, coupled with a solid customer base, this step towards the food delivery field is just smooth sailing.

Amazon also offers free shipping to its Prime members, while other rivals will charge 20-100 rupees for shipping. Non-Prime members-only charge a nominal 19 rupees. Even now, the packaging fee is limited to free activities, and there is a cashback based on the order amount.

When the dividends brought by the epidemic gradually disappear and the vaccine is successfully developed, many people choose to go out for dinner, and the competition becomes more intense.

3. Disclosure Requirements Are High, IPO Needs To Be Cautious

Once a company goes public, it needs to comply with all aspects of regulations. For Zomato, when it is subject to stricter supervision, rival Swiggy will still not be subject to any restrictions.

Joshi, vice president of the Everest Group, a Texas research firm, said: “Public listed companies need to comply with far more regulations than when they are not listed. If rivals like Swiggy remain privately owned, they will disclose information to the market even more. flexible.

Take Dell as an example. Many companies around the world choose to take the privatization route when they have to make reforms. It is easier to make important decisions in the role of a private company, after all, the requirements for disclosure are lower.

After the IPO, it is obvious that the company’s profitability will receive greater attention, and if it fails to achieve outstanding results, it will bring a devastating blow to the company’s stock price. For example, “Are you hungry for the US version” Doordash’s first financial report after its listing, although it exceeded analyst expectations on the revenue side, disclosed a large net loss. As a result, Doordash’s stock price fell 13% on the earnings announcement day.

In fact, several companies that recently went public in the United States-Uber, Lyft, and We work, have performed poorly after being listed. Just because investors believe that the valuations of these companies were too high when they were not listed, it is difficult for them to stand up in the market after being publicly listed.

Despite these precedents, Indian companies still seem to be optimistic. After all, financing is not difficult, and increasing liquidity can also solve shareholders’ concerns about market transparency.