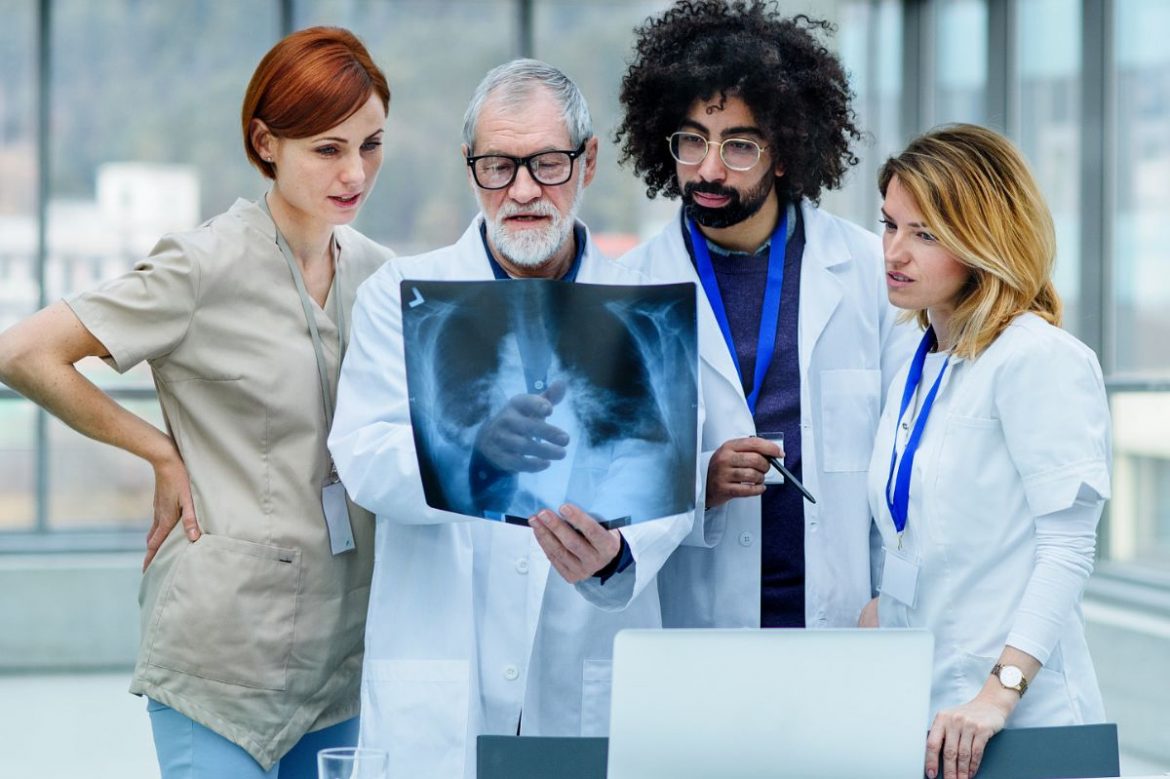 Service Of Health, You may never have realized it, but when a patient is discharged, a whole internal engine of services is activated within the hospital: the financial department needs to bill the hospitalization (in the case of private networks), and the kitchen needs to cancel the patient’s meal, nursing needs to stop the medication, cleaning staff needs to sanitize the room for the next patient, etc.

In the vast majority of hospitals, this process of notification of the different sectors occurs in an “analog” way and can take hours. But a small group of institutions is already testing a new way of communicating internally. The solution was developed and is being improved every day by Daniel Branco, founder of the startup Medicinia.

In the early 1990s, Daniel was enrolled in the Electrical Engineering course, which he would abandon a few semesters later to dedicate himself to Medicine. But, if Daniel chose to leave the Engineering course, Engineering would never leave Daniel. In 1995, when the internet arrived in Brazil, he created the country’s first health website: an Atlas of Histology. At the same time, he remained involved in the development of technological solutions aimed at healthcare. In 2000, sensing the transformations that the new millennium would bring to Medicine, he launched the Medicinal portal, a reference site in health for the population, which in 2001 was elected one of the 10 best health sites in Brazil and the best in the Rio Grande do Sul. South, Daniel’s home state. In 2002, it was acquired by the local Medical Association.

A trained physician, Neurologist, and Doctor of Neurosciences, Daniel left for the United States for a post-doctorate in Neurosurgical Planning at Harvard Medical School. Upon completing his studies, he was invited to remain at the institution as a professor, but the young Brazilian wanted new challenges. He left the Boston area for Philadelphia for an MBA in Health Systems and Finance at the prestigious Wharton Business School. Back in Brazil, he joined as a new business manager at Hospital Israelita Albert Einstein, where he structured acquisition transactions, managed the Oncology unit, and started the Technological Innovation Center.

An Engineering student graduated in Medicine, interested in technology and who became an expert administrator. Many things can be said about Daniel Branco’s trajectory, but one characteristic defines his path well: unusual. “It’s really a non-linear path,” he says. With so much experience, and accumulating different connections and knowledge, Daniel started to undertake in the late 2000s, with the creation of a consultancy focused on investment in the health area. In this new business, a challenge made Daniel’s eyes sparkle.

“The challenge arose to create a health technology project,” he says. Two areas in Daniel’s life always went together and that turned out to be a great deal. “There is a huge gap in the world today when it comes to technology solutions for healthcare. These are areas that run in parallel, but that often do not intersect. There is still a lot of resistance on the part of medicine to incorporate technology and in Brazil, it is no different.”

Thus, in 2012, Medicine was born, a business that was born to bring doctors and patients closer. The project started with a Question & Answer website on topics such as diseases, symptoms, and prophylaxis – the patient asked, and the doctor answered. The initiative was a success.

“Today there are more than 350,000 patients a month asking questions or researching what has already been answered”, says Daniel. Despite such success, Medicine had a problem: it did not bring financial returns and, therefore, was not self-sustaining. “There was no business plan there.” The solution found was to transform the platform into a more effective channel of communication between doctors and patients. Scheduling and canceling appointments, requesting and delivering exams, sending prescriptions – all this can be done by Medicine, which in addition to a portal has also developed an application.

In addition to connecting doctors and patients in offices and clinics, Medicinia has optimized communication in hospitals, as described at the beginning of this article. “’It’s as if our system were a big whatsapp”, jokes Daniel. “Actually, what we do is manage information within these centers. The idea is to ensure that tasks are performed as quickly as possible.”

Medicinia currently has 15 employees and is present in 6 large hospitals in Brazil, such as São Luiz, HCor, and Albert Einstein. “The idea is to learn how to do it well in these institutions and then start expanding to other networks”, says the businessman.

Medicinia is now taking its first steps and, at 40, Daniel has a long journey ahead. Some valuable lessons he has already learned and shares with those he wants to undertake. “Creating is easy, but the market determines the success of the business. Therefore, understanding the market need is critical,” he advises. “In the case of Medicinia, for example, we had created an optimal solution – Questions & Answers -, but it had no value for the market. We had to readjust.” Today, the Q&A system was called Medicinia População and constitutes a social arm of the business.

To young people who want to undertake, Daniel suggests a lot of preparation. “My advice is sometimes not well received, but I usually say that entrepreneurship is no different from getting married or having children: it’s a long-term commitment, for which you need to prepare. I never stopped prioritizing my studies and my life to undertake. In fact, for a long time, I didn’t even want to start a business. But I prepared a lot for it,” he says. “My advice is this: always improve yourself.”

Also Read : IBM, Claro, SAS, and GVT: We Talked To The HRs Of These Companies. Check Out!