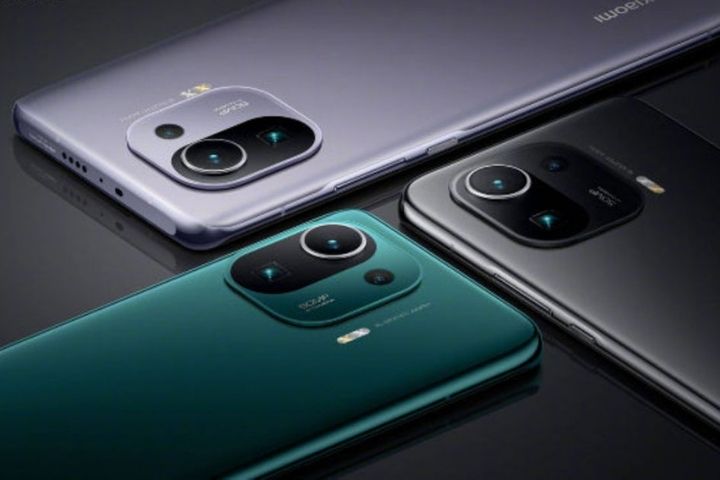 When the Xiaomi conference is approaching, there will always be friends who have lost contact for half a year or more jump to the forefront of my WeChat list, no extra greetings, no polite greetings, just one sentence: “How good is the new Xiaomi phone?”

In line with the principle of either borrowing money or being good, I often reply with gratitude: “I don’t know~”.

Just kidding, the non-disclosure agreement is too big, leaking a thousand words! But to be fair, several new phones released by Xiaomi this time were almost exposed before the press conference. When I saw some media exposure before, I held the real phone, and I often smiled disdainfully, and said: “Bell and whistle~” Now I see some media exposure, click in and take a look: “I’ll go, the official news!”

It can only be said that in order to maintain the heat, the manufacturers have tried too hard! Last night, Xiaomi held a new product launch conference in the spring of 2021 with the theme of “Endless Life” at the Beijing campus headquarters. It brought the Mi 11 Pro/Xiaomi 11 Ultra with the positioning of the big cup and the super big cup, and the main feature of the thin and thin body. The Xiaomi Mi 11 Youth Edition is worth the experience, and there is even the new MIX series that has returned after two years.

Coupled with a series of ecological products, it is a new product launch event that has the largest number of new product releases and the largest product impact in Xiaomi’s history. It seems that Xiaomi’s new ten-year journey is quite a kind of: “wait for my long hair and Waist, it’s good for officials to buy me!” The artistic conception.

Frankly speaking, I especially want to bring you the most concerning brand new MIX experience today, but…it’s a pity that I didn’t get it (smile)~~~ Therefore, the appearance of Mi 11 Pro is quite controversial. Mi 11 Ultra, I think I can also talk to you in advance.

Xiaomi 11 Pro& Xiaomi 11 Ultra appearance design: the beauty of the fusion of technology and art

I mentioned earlier that Mi 11 Pro and Mi 11 Ultra have some controversies. In fact, it is mainly the design of the Ultra back lens group. At first glance: “Wow~very technological~”, holding it in hand: “mmm, quite heavy~”.

The weight of 234g makes the Mi 11 Ultra look like a natural king, compared to the 208g weight of the Mi 11 Pro is much weaker. Anyway, when I pick up the Mi 11 Ultra for a while, then put it down and pick up the Pro, there will be a feeling of “another day full of vitality”. After all, the difference is nearly 30g. When night falls, you may have to make a choice about where you are lying in bed and playing with your phone.

In terms of appearance design, compared to the Mi 11 released at the end of last year, the Mi 11 Pro and Mi 11 Ultra of the big and super big cups are further upgraded. Mi 11 Pro follows the design concept of Mi 11 as a whole. The back shell is made of glass, and it is available in three colors: Pine Wind Green, Dream Purple, and Dream Black. As you can see, I got the Song Wind Green version.

However, it is said that the dream purple adopts the process of AG+OCO+glass NCVM+diaphragm for the first time, which brings a warm and comfortable touch and also achieves a more delicate glass gradation effect on the back shell. At the same time, the glass cover of the rear lens module is also processed by integrated CNC, which looks more beautiful.

Unfortunately, I can’t experience it this time.

In any case, the feel of the two phones is still very impressive. You can see the technological progress, especially the Ultra. The body is made of ceramic texture. It is said that it has gone through 24 complicated processes to create a comfortable and elegant body curve.

Speaking of ceramic craftsmanship, did everyone first think of the Mi 6 and Mi MIX2 series? It can be said that Xiaomi’s housekeeping skills are very good this time~

By the way, by the way, to mention those things about IP68. Before the press conference, Xiaomi officially broke the news that both phones will support IP68 water resistance. In addition to meeting the test standard of immersing in a water depth of 1.5m for 30 minutes, it is reflected on the phone. That is, you will obviously feel that the feedback of the physical buttons has changed. After pressing it, there will be sticky feedback, which creates the illusion that the buttons of the mobile phone are very hard, and you need to adapt.

But in any case, as Xiaomi’s first series of mobile phones that support IP68 waterproof, we can still give some tolerance. Xiaomi’s efforts to meet the needs of more users are still worthy of recognition.

The Ultra version adds a small secondary screen: “It can be understood as adding a Xiaomi bracelet on the back of the fuselage.”

Even if I don’t say anything, you should also know that the key link is reached. That’s right, let’s talk about the secondary screen below!

This time, Xiaomi Mi 11 Ultra has designed a new secondary screen on the right side of the camera module. In addition to viewing the selfie angle as a preview when taking selfies with the rear lens, it also supports the screen display function. Users can customize the time, weather, and personalized text. Pictures and so on. In addition, in addition to system reminders such as information notifications, status reminders, and schedule alarm calls, it also supports charging reminders. In short, there are many ways to play.

In order to prevent this secondary screen from affecting the visual integration of the overall rear case of the mobile phone, Xiaomi uses a multilayer silicon-zirconium oxynitride coating stack to adjust the reflection, light transmittance, and chromaticity value of the small window area of ​​the film to make it It is almost the same black as the camera module. In this way, you can use it when you need it, and you can almost hide it when you don’t need it.

Seeing this, does it remind me that Meizu Pro 6 also had a similar small secondary screen design, but it is obvious that the design of Xiaomi Mi 11 Ultra is more ingenious this time, at least not as radical as Meizu back then, while taking into account practicality And aesthetics.

However, I still want to complain a bit, because this time Xiaomi Mi 11 Ultra debuted the Samsung GN2 sensor, the largest size in the industry. This rectangular matrix array presents a rear lens module that not only occupies a large space on the back but also leads to a lens module. The bulge is very obvious, and it should be the flagship machine with the most obvious bulge on the rear lens. So, yes, Xiaomi just wants you to cover the shell, and the shell is more harmonious.

On the front of the fuselage, the two new smartphone are not much different from the Xiaomi Mi 11. The hidden earpiece is designed with a micro-slit soundhole on the side of the screen, and the front looks almost full of screens, which maximizes the visual impact of the full screen.

Brief comment: Compared with Xiaomi Mi 11, although the look of the Mi 11 Pro does not change much, it is actually more refined and more comfortable to the touch. Of course, the lens module has also changed in more detail than the 11, but you can’t find it if you don’t look at it carefully. , Basically negligible. And because of the ceramic technology, Xiaomi Mi 11 Ultra is much stronger than Mi 11 in terms of texture and touch. It is the protrusion of the rear lens and the weight of the 234g machine that require users to adapt for a period of time (but the important thing is “recognition” “Greatly improved), after all, for the ultimate image and endurance experience, Xiaomi is also fighting this time.

Let’s talk about the screen. Anyone who has used the screen on Xiaomi Mi 11 should have an experience. The comprehensive imaging quality has reached the highest level in the industry. This time, Xiaomi Mi 11 Pro/Ultra is equipped with a 6.81-inch left-mounted digging hole. Four-curved AMOLED screen, 20:9 screen ratio, 120Hz high refresh rate, and 480Hz touch sampling rate, the resolution reaches 2K+ level 3200*1440 pixels, 515ppi. But in addition to supporting DCI-P3 wide color and HDR+ display, this time it also upgraded to support Dolby Vision, which is the first time that a domestic flagship supports Dolby Vision. Dolby Vision format can display high brightness 40 times higher than SDR video, 10 times low light scene, and 50 times contrast while supporting a wider color gamut so that every frame of the movie presents the ultimate HDR effect.

Having said that, in view of the current domestic streaming video development status, it may be difficult for this screen to fully release its Dolby Vision display capabilities.

In addition, the screen still uses the latest E4 luminescent material, with a contrast ratio of 5 million:1, but the peak brightness has been increased from 1500 nits of Xiaomi 11 to 1700 nits, which can maintain a brightness of 900 nits even in strong light environments and can be achieved. 8192 level automatic brightness adjustment, supports SGS low blue light eye protection certification. And with the built-in new AI master image quality engine, it can further enhance the display effect of the screen.

The screen of Mi 11 Pro/Ultra is also covered with Corning’s Gorilla Glass Victus, the toughest currently available, and comes with a four-curved surface film at the factory. In order to give users a more comfortable experience in daily use of the screen, this time Xiaomi has built two new grip sensors at the top and bottom of the screen, which can monitor the holding status of the phone in real-time, and cooperate with sensors such as gyroscopes to intelligently determine the anti-mistouch area. , To achieve a more accurate and reliable anti-inadvertent touch.

Also Read : Oppo Find X3 Lite Review: Once Upon a Time There Was The Entry-Level Range